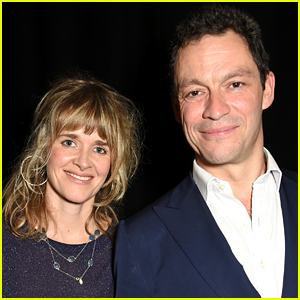 It looks like Dominic West and his wife Catherine FitzGerald are still going strong in the weeks following his scandal with Lily James.

In mid-October, Lily and Dominic were photographed getting cozy.

The very next day, Dominic and Catherine stepped out for a press conference, took photos together, and released a joint statement indicating their marriage was in good shape. So far, Lily has not commented on the situation but she was seen out with another famous actor recently!

Now, new photos have emerged that suggest that Catherine and Dominic are still going strong. The pair were seen going for a jog together near their home in the Cotswolds section of England. Check out the photos of the married couple over on DailyMail.