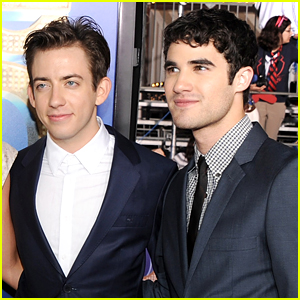 A new viral tweet is asking people to answer the question, “what’s something that ISN’T gay but still FEELS gay to you?”

Kevin McHale‘s answer to the tweet is getting a lot of attention because he responded with a GIF of his Glee co-star Darren Criss!

Click inside to see all of the responses, including what Darren Criss said…

Darren responded with two GIFs from Schitt’s Creek that said “That means so much” and “Thank you so much.”

Check out more responses below!