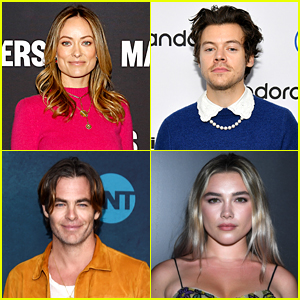 Filming on Olivia Wilde‘s Don’t Worry Darling has been halted, after a crew member tested positive for COVID-19 coronavirus.

According to Deadline, the film’s stars including Harry Styles, Chris Pine, Florence Pugh and more have been quarantined after being exposed and the set was shut down and will remain so for 14 days.

The site says that the person who tested positive was not a member of the principal cast, but was someone who “was in close enough proximity to them that the shut down was deemed necessary to find out if anyone else on the production has been exposed.”

Don’t Worry Darling, as well as many other movies, have been following strict protocols during the pandemic. Regular testing is done on the set.

As soon as the quarantine period is over, the film is expected to resume shooting in Los Angeles.

Earlier this week, Chris, Harry and Olivia, who will also have a small role in the movie, were pictured filming.