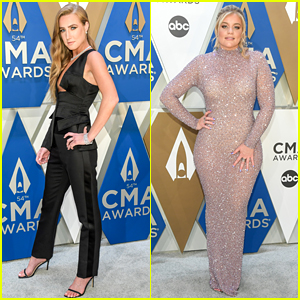 Ingrid Andress and Lauren Alaina show off their red carpet looks at the 2020 CMA Awards on Wednesday (November 11) at the Music City Center in Nashville, Tenn.

Lots of country music stars stepped out for the event and others included in the gallery here include Ashley McBryde, Sara Evans, and Tenille Townes.

Ingrid was nominated for New Artist of the Year and she performed her song “More Hearts Than Mine” during the show. See her performance photos in the gallery!

Ashley was nominated for Female Vocalist of the Year and she performed “One Night Standards” for the audience.

Tenille was nominated for Musical Event of the Year alongside Ashley for their participation in the “Fooled Around and Fell in Love” performance.

Sara and Lauren were both at the event as presenters.