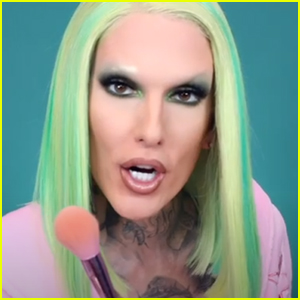 Jeffree Star is responding to backlash and criticism.

The 34-year-old YouTuber and Jeffree Star Cosmetics entrepreneur posted a video on Tuesday (November 10) called “I’m Really Scared to Admit This” after the launch of his Blood Money palette.

During the video, Jeffree shared that he was having “a horrific day” when he filmed the reveal of the new palette.

“When I saw that, I was like oh, the reveal has to be even crazier. It really does. So I tried a bunch of new things. A lot of it did not work, and it rubbed you guys the wrong way. It was really hard to sleep last night, I was feeling so sick to my stomach,” he said.

He then responded to some of the comments, explaining that he was most hurt “getting their feedback that they were really disappointed that I came off like I was in a QVC world, that it wasn’t personal,” he went on to say.

“I never want you guys to think that it’s not genuine…I was almost scared to admit that, but I always want to be authentic.”

Check out the palette reveal that caused controversy.

His brand also recently got hit with a lawsuit.