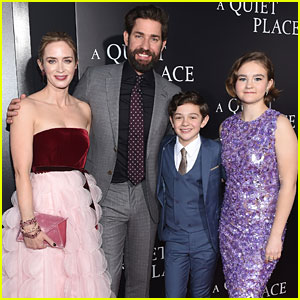 John Krasinski has a new idea for another A Quiet Place movie, and it looks like it’s happening!

According to The Hollywood Reporter, the 41-year-old actor, who also directed and co-wrote the original 2018 movie and its’ sequel, will be producing a third film in the franchise alongside Michael Bay, Andrew Form and Brad Fuller.

Just some plot details are being shared about the third movie as it will be connected to the first two movies, but nothing beyond that.

The original film centered on a family in a post-apocalyptic world where creatures with heightened hearing used sound to devour humankind.

The sequel, A Quiet Place 2, is still yet to be released, as it was pushed back due to the pandemic.

Here’s when it’s supposed to be released now…