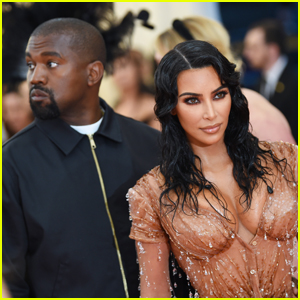 Kim Kardashian is seemingly not endorsing her own husband Kanye West‘s presidential run, at least when it comes to her latest social media interactions.

The 40-year-old Keeping Up With the Kardashians reality TV star announced that she voted during Election Day on Tuesday (November 3), posting a selfie with an “I Voted” sticker on her social media.

What was more interesting, however, were her most recent “Liked” tweets: one from Kid Cudi, which reads “Vote for Biden if you a real one” and one from Kamala Harris.

At the same time, Kanye also announced that he voted – for the first time ever – for himself, and shared the moment on his own social media.