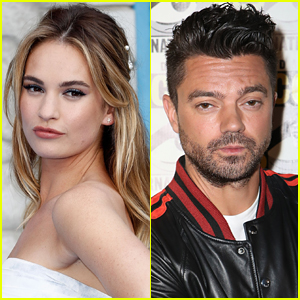 Lily James and Dominic Cooper were photographed out together in the first photos taken of her seen she was seen packing on the PDA with her married co-star Dominic West.

The 31-year-old actress and 42-year-old actor co-starred in the second Mamma Mia movie together, if you didn’t know! The pair dined out this week at Lemonia Greek restaurant in the Notting Hill section of London, England. You can see those photos on Daily Mail.

Lily James and Dominic West, who are co-starring in the BBC’s The Pursuit of Love, were seen cuddling and packing on the PDA in a set of photos after wrapping filming.

Dominic and his wife Catherine FitzGerald released a joint statement after the photos were released.