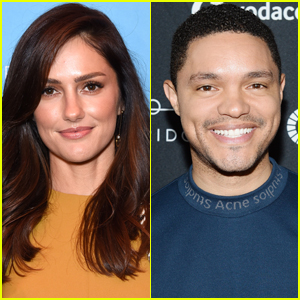 After several months of dating, the 40-year-old actress and the 36-year-old The Daily Show host were reportedly seen looking at houses together in Los Angeles a few weeks ago, a source shared with Entertainment Tonight.

It’s unclear if Minka and Trevor were looking to buy a house together or separately.

Minka and Trevor have been very quietly dating for the past few months. They first sparked romance rumors back in August. As of right now, neither have publicly talked about their relationship yet.

Back in September, the two were seen arriving back at Trevor‘s apartment in New York City after taking a trip together.

Most recently, Minka was linked to Grey’s Anatomy star Jesse Williams and shut down rumors she was dating Wilmer Valderrama back in 2016.