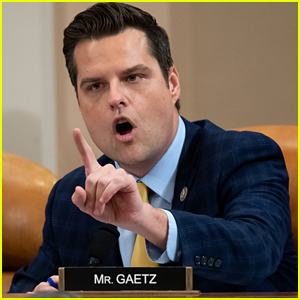 Matt Gaetz, a Republican congressman from Florida, is denying reports that he recently contracted coronavirus, but he admits that he does have antibodies.

One thing that a lot of people are pointing out on Twitter is that you can’t have antibodies without contracting the virus. The FDA says, “COVID-19 antibody tests can help identify people who may have been infected with the SARS-CoV-2 virus or have recovered from the COVID-19 infection.”

Politico reported, “Another high-profile member of the president’s circle tested positive: GOP Rep. Matt Gaetz of Florida told multiple people on Capitol Hill and in the White House that he too had contracted the virus.” The headline of the story was, “Another Trump ally contracted coronavirus.”

Gaetz responded to the story on Twitter by saying, “This story is false. I have the antibodies, not the virus. Politico DC is barely journalism.”

In his tweet, Gaetz says that he does not have the virus right now, though Politico doesn’t seem to have ever implied that he has the virus at this moment.

Gaetz went on a Twitter rant on Saturday morning (November 7), replying to many tweets about the story.

This story is false.

I have the antibodies, not the virus.

Click inside to read the rest of his many tweets…

You are a terrible journalist without a single source.

I have the antibodies, not the virus.

If all Americans took an antibody test I bet we would see higher than anticipated prevalence of them.

You are fake news.

The media has turned lying into an art form. And they rarely get called on their bullshit. https://t.co/Er6Wd6kD2Z

Politico is trying to mislead ppl into thinking I have a recent diagnosis for the virus.

Obviously, if I have antibodies I was exposed at some point, as many have been.

I have no symptoms & am keeping my regular schedule.