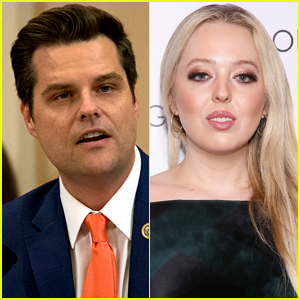 Matt Gaetz, a Republican congressman from Florida, is being called out for the series of emojis he posted in response to a photo posted by Tiffany Trump, the daughter of Donald Trump.

The 27-year-old First Daughter posted a photo of her in a red pantsuit and the 38-year-old Republican commented with the fire emoji, a red heart emoji, heart eye emoji, and thumbs up emoji.

CNN analyst and former FBI special agent Asha Rangappa commented, “Matt this is inappropriate and creepy.” Writer Charlotte Clymer posted, “Pretty sure she doesn’t wanna catch COVID from you. Also: you’re gross.” Daily Beast editor Molly Jong-Fast wrote, “Does this feel like a classy thing to be doing on the internet?”

Find out why Gaetz went viral over the weekend.