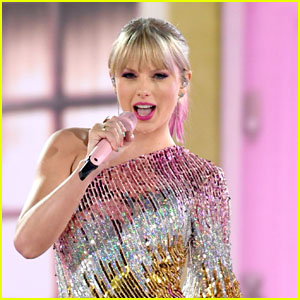 Taylor Swift is up to something again!

The 30-year-old folklore singer-songwriter posted a photo of herself sitting on a couch in a black and white photo to her Instagram on Sunday (November 22).

PHOTOS: Check out the latest pics of Taylor Swift

“Not a lot going on at the moment,” she captioned the post.

Fans immediately began to get excited upon seeing the caption. Why? Because it was revealed earlier in the year that she teased her single “cardigan” way before it came out with a selfie in April with the exact same caption.

Now fans are wondering what Taylor might be teasing, although she’s made it clear that she intends to re-record her discography amid her legal battle with Scooter Braun over her masters.

She also got fans excited by channeling a look very reminiscent to a fan-favorite era.