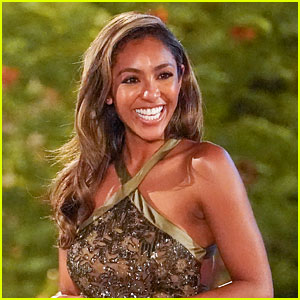 Tayshia Adams is officially taking over as The Bachelorette right now!

In an interview ahead of tonight’s episode, the 30-year-old interior designer opened up about whether she researched the men before her debut and the answer is yes!

“You know what, I did Google the guys the first time they were announced, when Clare [Crawley] was announced and the guys were announced like months and months ago,” she confirmed.

Tayshia added that while she did research the guys way back in March, she didn’t do it again before her turn on the show.

“I hadn’t looked at them since then [and] I’m glad I didn’t look at them before I started my journey because it was really fun, them not knowing me and me not knowing them and just starting fresh.”

If you missed it, here’s what executives said about bringing in Tayshia to the bubble set just in case…

Tune into The Bachelorette, airing NOW on ABC!

Want an update about Clare‘s engagement with Dale Moss? Here’s what we know…