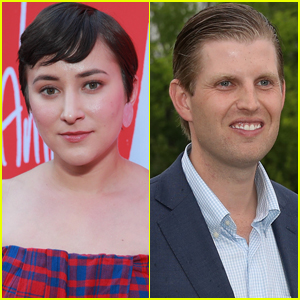 Zelda Williams has a message for Eric Trump.

The 31-year-old actress/director clapped back at the 36-year-old son of Donald Trump after he posted a video on Twitter of her late father Robin Williams mocking former Vice President Joe Biden.

“We still have great comedy out there, there’s always rambling Joe Biden, what the f–k,” Robin said in the clip from a comedy show back in 2009. “Joe says s–t that even people with turrets go, ‘No. What is going on?’”

Two days after Eric shared the clip, Zelda fired back at him on Twitter.

“While we’re ‘reminiscing’ (to further your political agenda), you should look up what he said about your Dad. I did. Promise you, it’s much more ‘savage,’” Zelda tweeted. “Gentle reminder that the dead can’t vote, but the living can ♥️”

Zelda‘s message comes a few weeks after she celebrated Robin‘s birthday by donating to homeless shelters in his honor.

Robin Williams died by suicide in August 2014 at the age of 63 after suffering from Lewy Body Dementia, a type of brain disease that affected his thinking, memory and movement control.

While we’re ‘reminiscing’ (to further your political agenda), you should look up what he said about your Dad. I did. Promise you, it’s much more ‘savage’.

Gentle reminder that the dead can’t vote, but the living can ♥️ https://t.co/CXDTovG5yo

Cardi B is defending her decision to feature Kylie Jenner in her “WAP” music video.

After the visual for the hot song dropped, many fans voiced their opinions on having Kylie in the video at all and also spoke out about the comparisons she noticed between Kylie and Normani, who is also in the video.

“Normani did ALL this and Kylie walked down the hall and opened a door. If that’s not a perfect visual indication of Black women having to do the most…” one Twitter user posted and Cardi responded to it.

“Normani is one of the best female artist that dances like she dances her f***in ass off!” Cardi wrote. “Why would she open a door? Please tell me how that would make sense? The best part of the song is the beat and hook, it what makes you want to shake your ass.”

She went on, “Not everything is about race. Theres issues out here in the world that is about race and I preach all the time about. This is not about f***in race.”

Cardi continued, “Why did I put Kylie on my music video? She treated my sister and daughter so lovely at her kid’s bday party. Travis and Set are real close and Kris Jenner have given me advice on certain things I ask for and her husband real cool with mine.”

If you don’t know, here’s what WAP stands for…

Mary-Kate Olsen is having a pleasant start to her morning.

The 34-year-old fashion designer, who is also an avid equestrian, was spotted starting off her Sunday morning (August 9) with a cup of coffee while watching some horses at the equestrian facility in The Hamptons, New York.

PHOTOS: Check out the latest pics of Mary-Kate Olsen

It appeared to be a friend of her was riding one of the horses.

Last year, Mary-Kate competed at Longines Paris Eiffel Jumping at the Champ de Mars in Paris, France. She was among the contestants competing for the Geberit Prize.

Mary-Kate is currently enjoying some solo time: she filed for divorce from Olivier Sarkozy during the Memorial Day week and details emerged about why the two were going their separate ways after being married for four and a half years.

Heather Morris is looking back on her fondest memories of Naya Rivera and focused on the importance of Glee‘s Brittany and Santana relationship in a new video.

Heather continued, “We both knew how special that was. I think she knew a little bit more than I did. I really felt it a lot later with all the messages and all the people reaching out. and I knew the writers also knew that as well. They were basically writing for the fans.”

“I felt a really deep need to connect to all of you right now because I just know how important our relationship was to you all. And I know a lot of you feel very lost and very far away from what happened, a maybe a bit confused. And that’s completely normal,” she went on. “But I felt like it owed it to you guys because I think the fans were such a huge impact on our storyline and I want to thank you all for being such advocates and so supportive of Santana and Brittany’s relationship, because without you guys it never would have existed.”

“You guys helped create something for the writers and, for Naya and I, that made an impact that will last for a lifetime and beyond then. So I want to thank everyone here watching and I want to thank all the fans for your love and support,” Heather said, in a heartfelt thank you to fans. “I want you to know that we are all here with you, that grief looks different on everybody and I want you to be gentle and kind to yourself during this time. I think many of you may feel very far away and I hope this message will help you feel closer.”

Naya went missing after a swimming accident last month at Lake Piru, and her body was unfortunately found five days later on July 13.

Just recently, Heather opened up about her grief in another personal video to fans on social media. See it here…

The 30-year-old entertainer’s new album folklore remains at No. 1 atop of the Billboard 200 chart for the second week in a row.

PHOTOS: Check out the latest pics of Taylor Swift

Earlier this week, Taylor confirmed this theory about the names she dropped in her new song “Betty.”

A fan recently put together a theory that all of the songs on folklore are all connected. You can get the full analysis here.

You can listen to folklore here! 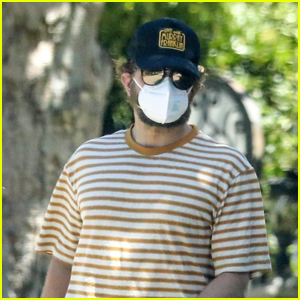 Bradley Cooper is on the move.

The 45-year-old A Star Is Born actor was spotted wearing a mask while out and about visiting a friend early on Sunday (August 9) in Santa Monica, Calif.

PHOTOS: Check out the latest pics of Bradley Cooper

Bradley Cooper was photographed with an actress at the beach together and some were quick to wonder if the pair might be dating. A source is speaking out and clarifying the status of the relationship.

In the meantime amid the pandemic, Bradley has booked his next movie role with director Paul Thomas Anderson. Not much is known about the project as plot details are being kept under wraps, however, it’s being described as a “coming-of-age drama set in the 1970s San Fernando Valley.” Here’s what else we know! 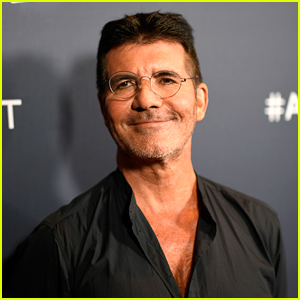 Simon Cowell will be sitting out of two of the live shows for America’s Got Talent this season.

Shortly after it was revealed that the 60-year-old producer has broken his back following a bicycle accident, the announcement came that he would skip the live shows coming up on the reality television series.

According to Deadline, Simon will not be on the shows for Tuesday, August 11 and Wednesday, August 12, which are the first two live shows of the season.

After Simon broke his back from the fall in multiple places, he underwent surgery and is currently in the hospital recovering from the near six-hour surgery.

America’s Got Talent has had a multitude of hiccups this season, as the pandemic shifted the series from on stage and in person to over virtual platforms.

If you missed it, see the 44 acts that will be on the live shows here!

Lea Michele is showing her love for hubby Zandy Reich!

The 33-year-old pregnant actress wrapped her arms around her husband’s neck and rested her head on his shoulder as they went for a morning walk on Sunday (August 9) in Los Angeles.

PHOTOS: Check out the latest pics of Lea Michele

Lea kept things sporty and comfy in a bump-hugging white T-shirt and black leggings as she got in a little exercise.

Lea and Zandy have been staying very active during her pregnancy. She was spotted out on a walk with her mom a few weeks ago.

Lea recently took to Instagram to share a photo of herself baring her baby bump in a sports bra and leggings while out on a hike!

Last month, Lea spoke out for the first time in months after former Glee co-star Naya Rivera was found after a tragic drowning accident. See how she honored Naya here… 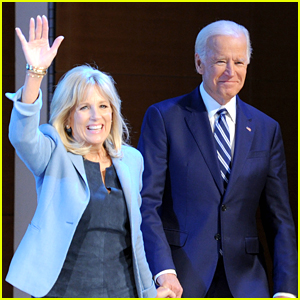 Jill Biden is opening up her plans as a potential First Lady of the United States.

The former SLOTUS – Second Lady of the United States – was profiled on CBS Sunday Morning and revealed that her plans include to continue teaching.

“I hope so. I would love to [continue],” Jill says of her community college teaching career. “If we get to the White House, I’m going to continue to teach. It’s important, and I want people to value teachers and know their contributions and lift up their profession.”

If you’re unfamiliar, Dr. Biden has a doctorate in education and has been a teacher for 36 years. She continued to teach while serving as the Second Lady, during Barack Obama‘s presidency.

Jill‘s husband, Joe, the Democratic nominee, also appears in the profile, which sees him talking of how she is helping him to pick a female running mate.

“What Jill is best at helping me do is figure out who the people around me would be most compatible with me,” he shared. “She knows me better than I know me.”

She added, “We’ve talked about the different women candidates but it’s gotta be Joe’s decision. Who he feels most comfortable with, who shares his values. And that’s what he’s always said that’s what he and Barack had.”

Watch the full profile below:

Recently, Joe opened up about his process for picking his running mate and when the announcement might be.

Jason Derulo is in big trouble!

The 30-year-old “Take You Dancing” TikTok superstar entertainer posted a video with Will Smith on Sunday (August 9).

PHOTOS: Check out the latest pics of Jason Derulo

In the video, Jason prepares to swing a golf club as Will prepares to set him up – but Jason winds up too early, knocking Will‘s tooth straight out!

After grunting in pain, Will says it’s his turn: “I just need one swing…one swing,” he says.

“I don’t like this game @willsmith,” Jason captioned the post. Of course, as with many of Jason‘s videos, it’s all in good fun and just a visual prank!

This isn’t the first time Jason‘s had a crazy tooth experience: he went viral for this corn-on-the-cob gobbling gone wrong prank!

He recently addressed rumors that he makes $75,000 for each of his TikTok videos. Find out what he said about that!